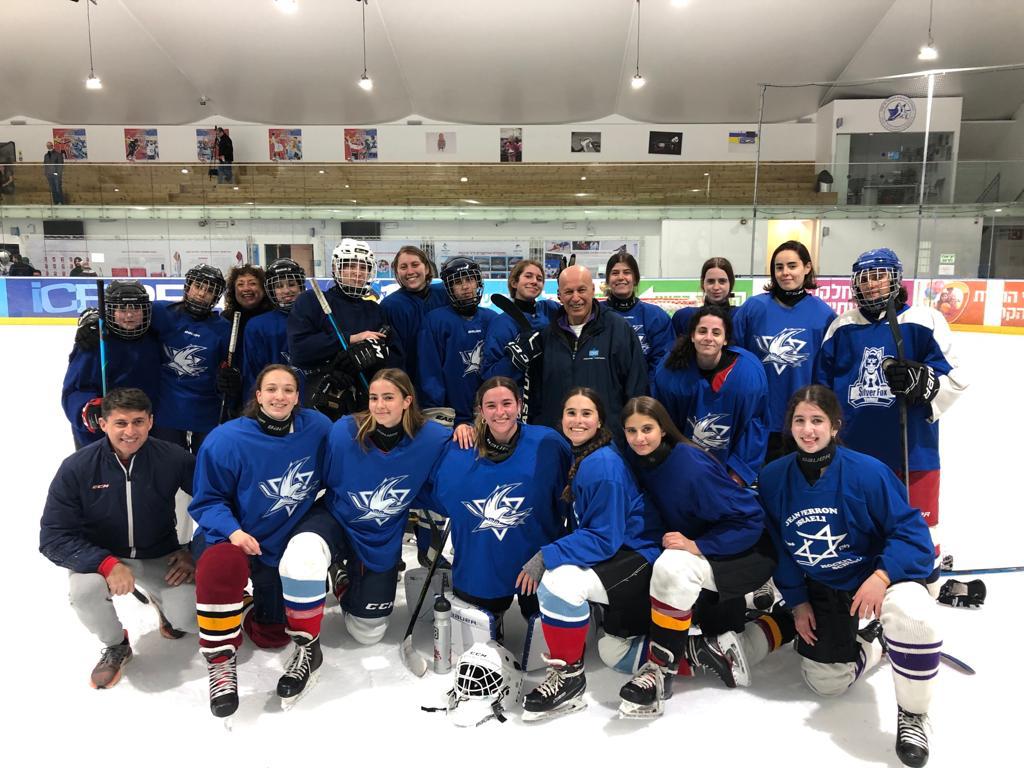 Esther Silver, a former hockey player herself, now manages the newly founded Israeli National Women’s hockey team. She learned to skate as an adult in Canada and quickly learned the game. She played goalie for B’nai Brith and other traveling teams in Canada. Silver said, however, “I had lived in Israel previously and I had every intention of returning.” So when Silver moved back, “it became my dream to set up women’s hockey in Israel.” Fifteen years ago Silver began to pursue her dream by starting a hockey camp in Metula. However, the camp she created was quickly shut down. Silver explained saying, “I brought over a coach, and top notch American college-level players, and booked a camp in Metula for the girls, and it was great, everyone showed up, however due to unforeseen circumstances I had to cancel the entire camp at the last minute, and everyone went home".